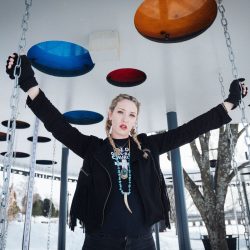 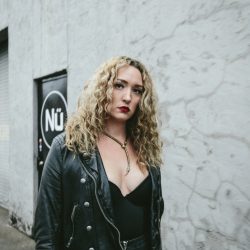 Sexy, sassy and seriously talented, with songs that linger on the dark side of swampy Americana; with 2 album releases under her belt, Hannah is rapidly carving out her own career and devoted fanbase in UK, Holland, Germany and Sweden as well as in USA. 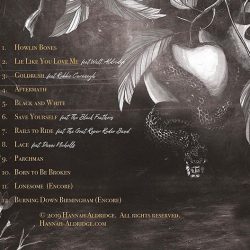 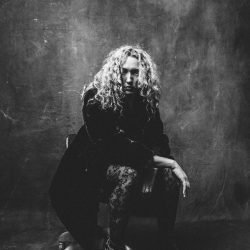 In literature and in songwriting, the American South is where writers go to face their fears. Hannah Aldridge doesn’t just dip her pen into the well of the South, the Muscle Shoals native embodies it. With every song, she’s facing down demons of a life once lived from substance abuse to failed relationships and scars from the lashes of the bible belt.

Gold Rush is Hannah Aldridge’s second album, a follow up to her 2014 debut Razor Wire. While that album launched her career, drew the attention of music writers and sent her touring across the world, Gold Rush shows a more mature and introspective artist with more life experience – and music experience – under her belt.

Mixing her personal life and the sounds of her hometown, Hannah Aldridge’s new album also draws in influences from across the rock genre. Working with people with one foot in country music and one foot in rock, Hannah Aldridge makes a fresh kind of Southern Rock styled by Southern Gothic storytelling. – with hard, sweet lyrics about whisky, men, demonic possession and the passing of time.

As Aldridge says of herself: I was born in a crossfire. It starts from day one

This clip of Hannah performing Gold Rush for Radio 5 Live’s Up All Night show is captivating.
Presenter Dotun Adebayo says at the end: “… our phone lines are going MENTAL!”