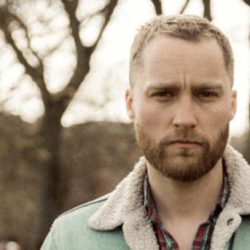 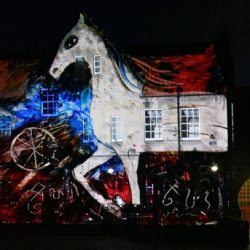 Delighted to be back at Edinburgh Fringe for 2021, with some great music including an actual live gig, an international online collaboration and an online multimedia spectacular (part of Made in Scotland showcase). All in various parts of The Pleasance (real and virtual spaces). 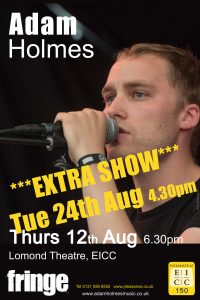 Edinburgh born singer-songwriter Adam Holmes is one of the brightest stars on the UK roots music scene. An old soul on young shoulders, he combines masterful songwriting and a mellifluous, enchanting voice (which has been described as being one of the best of his generation), mixing traditional and contemporary folk with his own brand of soul and Americana.

Twice nominated for BBC Radio 2 Folk Awards, his first two albums – Heirs And Graces (produced by John Wood) and Brighter Still – were nominated for Scottish Album of the Year Awards in 2014 & 2017. His latest, Dreamweaver (with songs co-written with Boo Hewerdine), is out now.

NOTE: After the first show on 12th sold out, and was described as a “monumental return” by The Scotsman, an extra date has been added on 24th Aug.
ARTIST WEBSITE
VIDEO: 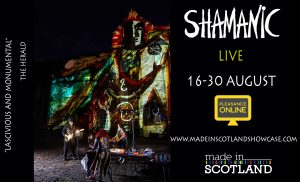 The music is a soundclash of 60s influenced garage, alternative rock and contemporary electronica, laced with a punk spirit, perfectly complementing Maria’s ever-changing imagery and perspectives. Swathes of colourful, swirling paint seemingly splash all over the buildings of the iconic Pleasance Courtyard.

A transformative, immersive experience which cuts to the heart of the creative process.
Part of Made In Scotland’s curated showcase programme

Sinner’s Shrine – on demand 16 – 30 Aug
A second chance to see this unique, highly praised performance, specially created for Celtic Connections 2021, over a 5,000 mile distance, from Edinburgh to Idaho to Berlin. 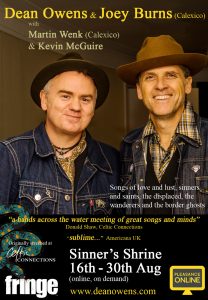