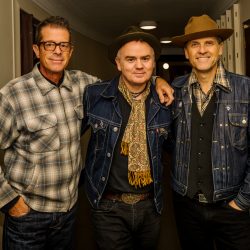 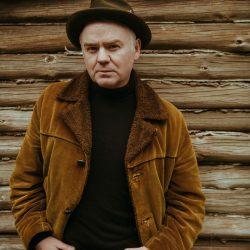 His next studio album, Sinner’s Shrine, was recorded in Tucson USA with desert noir icons Calexico and will be released early 2022 (jointly on Eel Pie Records (UK)/Continental Record Services (Netherlands)).

Sinner’s Shrine is preceded by The Desert Trilogy EPs, recorded partly in Tucson, and partly long distance during lockdown with John Convertino and other members of Calexico. The Calexico collaboration continued in 2021 with a long distance “live” show recorded with Joey Burns and Martin Wenk, for Celtic Connections, which will be screened again as part of Edinburgh Festival Fringe. 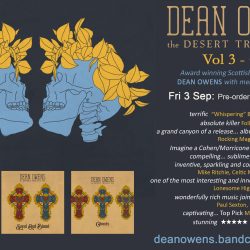 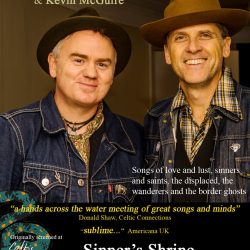 Armed with a searingly soulful voice, skilfully crafted songs and earworm inducing, melodies, Dean is a mesmerising and engaging live performer, with an emotional hurricane of stories and songs. Dean’s music conjures the open road’s wild romanticism, whilst searching for, and combining, the primal sounds of two very different countries, distilling the Scottish and Americana into a unique blend of celtic spirit, country soul.

While never losing his own unique Scottish identity, Dean has had a longstanding love affair with the USA since his early days as front man of Scotland’s original Americana band, The Felsons. He has recorded 4 of his 7 solo albums there, including 2018’s Nashville recorded Southern Wind (produced by Grammy nominee Neilson Hubbard), which received 4 and 5 star glowing reviews and calls of “best yet”. Southern Wind is Dean’s second collaboration with Neilson, and his fifth with his longstanding friend and collaborator, award winning guitarist Will Kimbrough (one of Emmylou Harris’s Red Dirt Boys). The title track won UK Song Of The Year Award at UK Americana Music Association Awards 2019. 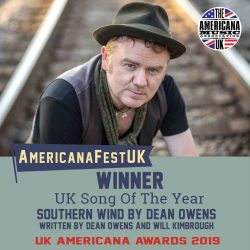 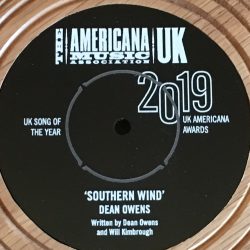 Video for Southern Wind, including a cameo appearance by Jamie Sives: (Game of Thrones, Doctor Who)


His current band is power trio Dean Owens and the Southerners (with 2018 Instumentialist of the Year Tom Collison and renowned guitarist Jim Maving) who debuted in summer 2019 to sold out shows and standing ovations.

In March 2020 he curated the inaugural Cash back In Fife Festival celebrating the legacy of Johnny Cash.

A “Best of” album, The Man From Leith was released on Eel Pie Records in March 2020. In September 2017 he became the first Scottish musician to officially showcase at the prestigious Americanafest in Nashville. His visit included a guest spot with The Mavericks at their “allstar” show at the Basement East… and a mention in Rolling Stone. 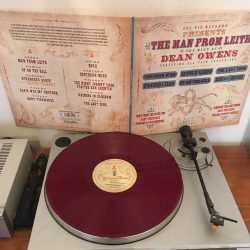 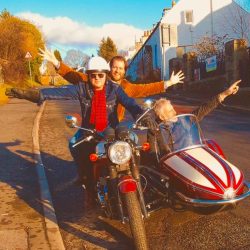 He also plays solo and in various collaborations including as Redwood Mountain (with trad fiddle player Amy Geddes, exploring the song collections of Alan Lomax), as occasional group The Celtabilly Allstars (some Cash, some Hank and other covers, mixed in with Owens originals).

Dean is part of US/UK collective Buffalo Blood – described by BBC’s Paul Sexton as “an Americana supergroup for 2019“. Buffalo Blood is Dean, with producer/musician Neilson Hubbard with his fellow Orphan Brigade members Joshua Britt and Audrey Spillman. Their self titled debut album (released in Feb 2019 on Eel Pie Records) was recorded live on location in the heart of the New Mexico desert, with songs of displacement, migration, refugees and a belief in the power of art and the human spirit to connect us all. Its World Premiere live performance was at Celtic Connections 2019. 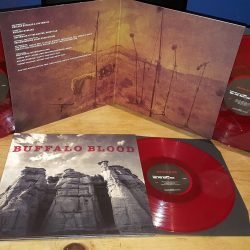 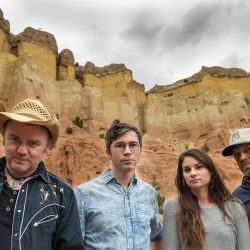 Dean and his Whisky Hearts band can be seen in session on BBC Scotland’s The Quay Sessions.

CLICK HERE TO READ ALL THE PRESS QUOTES, AND FULL REVIEWS, IN THIS DOWNLOADABLE PDF 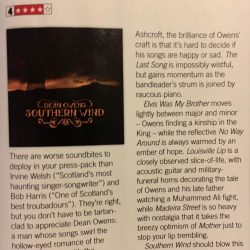 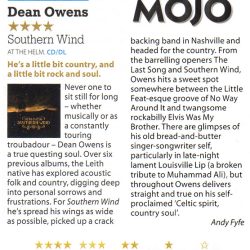