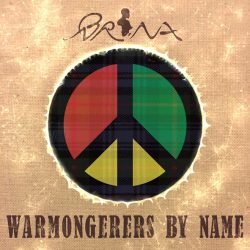 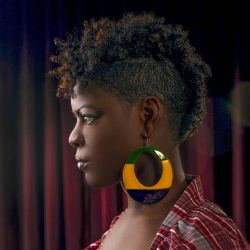 Brina is the powerful female voice of World Roots Reggae Music from Jamaica. A vibrant and captivating performer, her lyrics and music are refreshing and uplifting. When Brina steps in front of an audience, she beckons them to feel enlightened and empowered.

Descended from The Maroons, Brina’s deep connection with drums and African music is as natural as her vocal expressions of freedom and justice. Fusing together elements of her rich cultural and musical heritage including Reggae, Nyabinghi and other musical styles from the global African Diaspora, Brina brings a positive healing message to the world through her songs, singing of justice, equality, liberation, oneness and love.

Since releasing her first singles in 2010 Brina has performed in Jamaica, Europe and Africa, including major festivals such as Reggae Geel in Belgium, Rototom Sunsplash in Spain, and the Karibu Music festival in Tanzania.

In April 2012 she released her iconic debut album Under One Sun. Recorded and produced in Jamaica, it features Jamaican legends Toots Hibbert and Sly Dunbar.

Currently based in Scotland, she is a regular performer at Glasgow’s Celtic Connections 2017 and at Tradfest Edinburgh. Her project Jamaica Sings Robert Burns combines the power of Jamaican reggae with the immortal words of Scotland’s national bard and produced two singles – Warmongerers by Name and The Slave’s Lament (ft Addis Pablo) – which were released in Nov 2016 and Jan 2017 respectively, to much acclaim, and live sessions on BBC Radio Scotland’s Janice Forsyth Show and Travelling Folk.

She is currently working on a new album of original material.