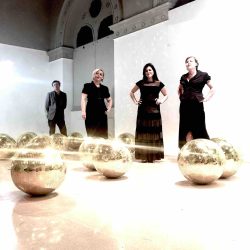 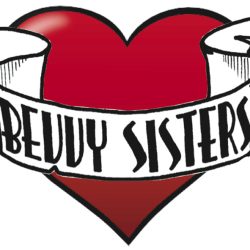 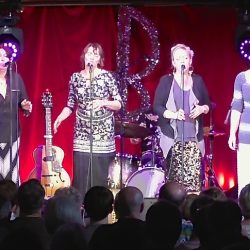 Originally formed as an offshoot of all-star swing combo the Loveboat Big Band, the Bevvys simultaneously channel the heritage of such classic sister-acts as the Beverleys, the Andrews and the Boswells, while their own diverse backgrounds and collective songwriting skills reinvent the female trio formula.

As life moves on, The Bevvy Sisters move with it, incorporating each new voice to create a new and special blend whilst still retaining their recognisable voice. Currently still on the frontline are Heather Macleod and Gina Rae with fellow Bevvy ‘Sister’ David Donnelly and at this landmark time they are delighted to welcome to the fold the fantastic Louise Murphy, continuing the line of great singers they are so well known for.

The uncanny musical empathy and alchemy that’s always been The Bevvy Sisters’ trademark, stamping their identity on everything from golden Americana oldies to soulful self-penned ballads, resounds with renewed vitality through this fresh ensemble dynamic.

Press Quotes
Class and sass in equal measure, packed with joie de vivre and infectious energy… Folk Radio UK
Their banter with the audience is a joy to behold and would be the envy of most top-class comedians… Shetland Times